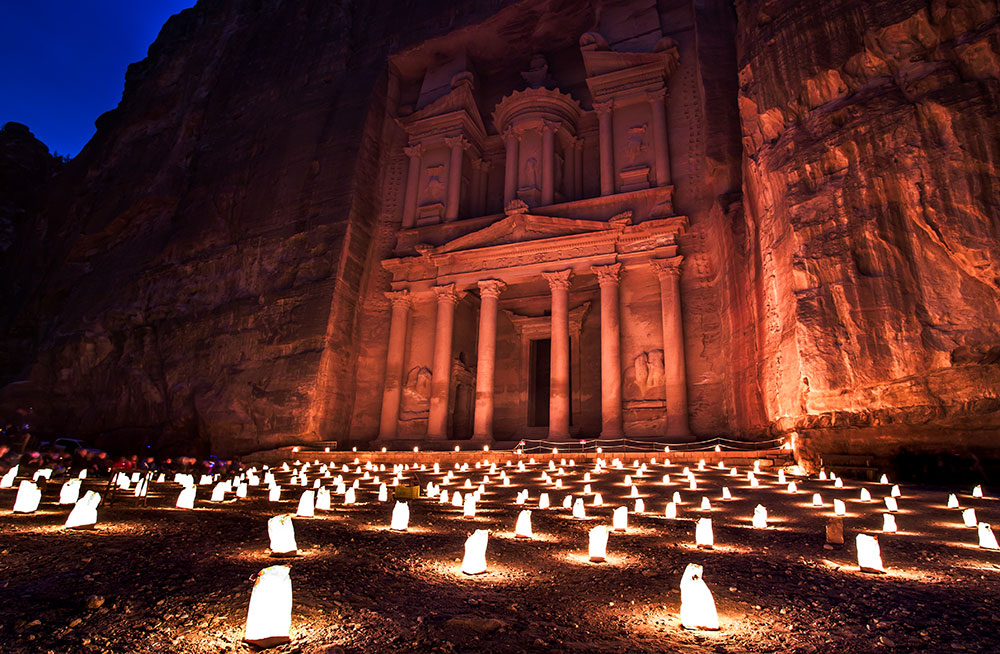 Petra is a mysterious place, guarded by ghosts from its past. This remote and arid sandstone city sat abandoned and known only to local Bedouins until it gained international attention in 1812 when Swiss explorer Johann Burckhardt published his writings about Petra. Around the 4th century BCE, the Nabataeans established Petra (or Raqmu as it was called then) as their capital and center for trading expensive perfumes and spices.

Because the Nabataeans were well adapted to living in the dry climate, Petra made an ideal location for their civilization since it was also easily defendable from attacks. The ruins seen today were all carved out of the local red sandstone and emulated several different architectural types, including Bedouin, Greek and Roman. The inhabitants went to great lengths to capture, retain and transport the scarce rainfall into their city and developed elaborate engineering to do this.

Petra thrived as a city center for over 600 years, but eventually the rough climate combined with Roman expansion and a destructive earthquake in 363 CE, led to the city's abandonment. For centuries, the city went unnoticed, known only to local nomads who were among the Nabataeans’ descendants.

During recent excavations, several new tablets and stone batons have been discovered that describe a library of sacred scrolls hidden somewhere in the city. The Society of Seekers has been invited by local Bedouin leaders to help them uncover these ancient scrolls that contain secrets of the ancient Nabataeans. Your mission is to visit 10 sites within Petra solving puzzles and earning stone tiles from Bedouin scholars that will help you reveal the location of the hidden sacred scrolls.