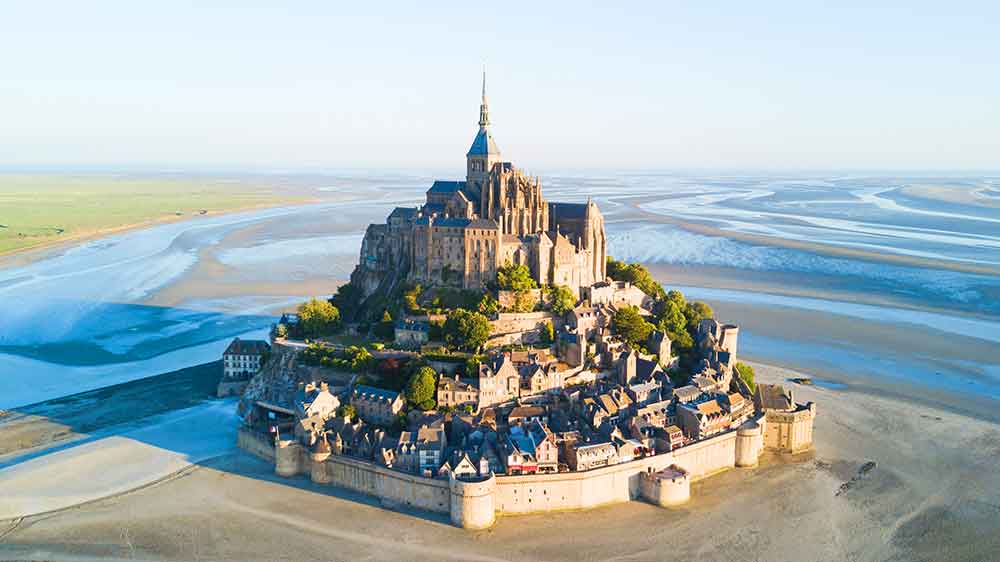 For centuries, the mystical island village of Mont Saint Michel in Normandie, France has been the pinnacle destination for spiritual seekers who journey to the holy site where, according to legend, the archangel Michael (Michel) appeared to the bishop Avranches and instructed him to build a church there. The first monastery began construction in 708 AD while today’s surviving abbey was finished 400 years later. Since its early days, the island has always welcomed travelers and thrived as a tourist trap, even in the dark ages.

The Society of Seekers has been brought to the island to help unravel a dreadful mystery that has resurfaced in recent days. Legends from medieval times tell of a group of mysterious people from Mont Saint Michel whose minds were scrambled. Despite many attempts by the clergy, doctors and even mystics, a cure was never found and the stricken individuals remained in an eternal gaze until their final days.

Now, hundreds of years later, it seems to have happened again. 10 women and men have been discovered scattered throughout Mont Saint Michel, unable to speak and in a constant blank daze. Each one was left holding a curious box, locked with a combination. A series of puzzles were also found that authorities presume hold the key to unlocking the boxes. Your mission is to visit each of the 10 sites around the island where these cursed individuals were placed to solve a series of puzzles and open the 10 boxes, in hopes of finding a cure for the afflicted individuals.

Enhance your experience: Listen to our Mont Saint Michel playlist on Spotify here.

Pro-tip: Review all of the materials in your box. There are bits of information hidden throughout that you’ll need to reference along the way.